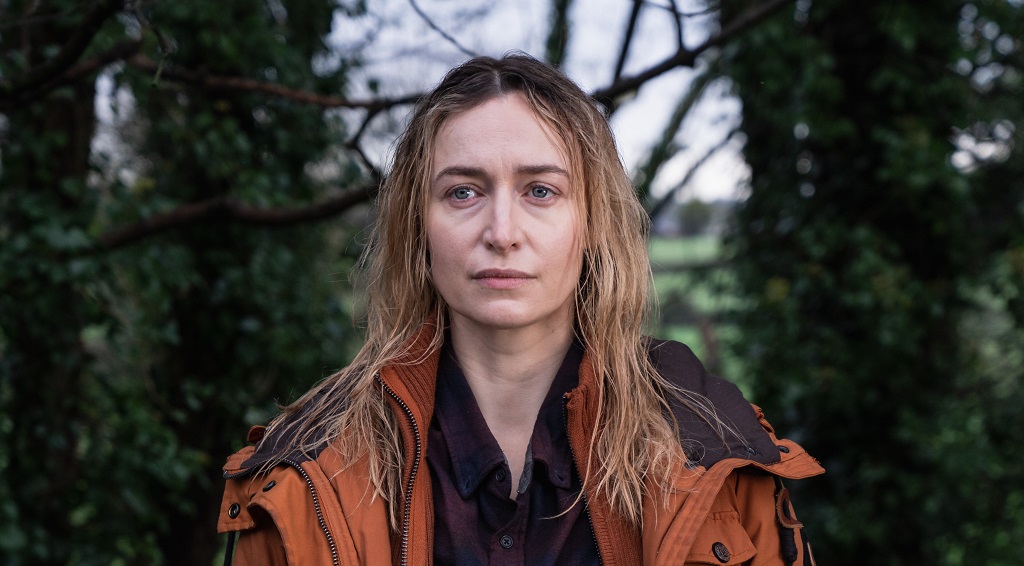 Showing earlier this year at Glasgow’s FrightFest, the film follows probation officer Cathy Madden (played by Scottish BAFTA winner Deirdre Mullins), who is given the task of reintegrating notorious killer “Bloody” Mary Laidlaw into society after twenty years in prison. Cathy has always believed that every customer deserves a chance at redemption, but her beliefs are firmly tested when two children go missing near Mary’s farm.

To coincide with the film’s release, Peter Gray spoke with Deirdre about his work on a female horror film, his intentions to achieve and advocate for equal representation of women in the industry.

I always appreciate that the horror genre tends to be one that thrives on the unexpected, because I had absolutely no idea where Mandrake was heading. When you first read the Mandrake script, what was your first reaction?

This is such an interesting observation and question, because I too had no idea how this was going to end. And that’s very important in terms of storytelling. I always write down what I think of this first reading. I think that’s really important because obviously you read the script many times and look for different things, but you’ll never get that first read again. It is therefore very important to know what you think will happen at any location, because you will forget what you were thinking (and) what the audience is experiencing at all times. I loved the script. First of all, I loved that it was female-centric and, you know, slightly older females, not the usual 20-somethings. I like that there were complex women and women with a lot of damage. It was a really unusual scenario.

I like this. The way you framed the fact that you’ll never get that first read or that first view again is so true, because I think horror is one of those genres that benefits from that “first view” because that we so often have the rug swept from under us. Of the genre itself, is there one you have a fondness for?

They scare me. But, actually, the one and only award I got was a BAFTA for another movie (I did that), so obviously that’s for me. I really like the genre. I really enjoy playing it, because it requires an extreme level of performance that most other genres don’t require of you. This forces you to go to a prime location. In most of the other genres you work in, you’ve had life experiences in those areas, so you’re tapping into an easily accessible experience. But for horror, you go to the terror that you knew as a child. These long-hidden dark rooms. It’s an exciting place to work.

There is a scene of about 40 minutes in which your character goes through it! The emotion is so visceral, and I kept thinking, “Let’s hope this is a great actress because it’s painful!” But I hear so often how horror sets are often the most likable…

Delicious. Delicious in terms of cast and crew, but unfortunately it was COVID times so there was a lot of mask wearing and segregation in order to keep everyone safe. Several crew members broke down, so we had to replace them very quickly and stop filming, I think about four times. It was a real and present threat. Horrors are kind of like psychological warfare, (it’s) incredibly intimate and incredibly brutal, so you have to, as players and as actors, trust each other to the end and be incredibly generous with each others. It was a very supportive atmosphere, because everyone knows that everyone plays at their highest note.

Besides being friendly, you often hear that strange things are happening…

Nothing specific… I have to say that I didn’t like staying in that house (laughs). The house we were shooting in, you had to be siphoned off after a scene to wait in the green room, and you were left alone in an incredibly damp, rundown old room. You just know things happened there (laughs). Because it was rotting, one crew member’s leg went all the way through the ceiling of one room, so we cordoned off those rooms because the floor was so weak. There was nothing deeply scary about it (however), I don’t think I could have handled that.

You also have a theatrical background, both in performing and directing. Is directing a feature film something you would like to explore?

Absolutely. Just today, I was reformulating a short film I’m doing right now. So, of course, I would like to evolve. I’ve mostly done theater directing, so a film career as a director is definitely an exciting way to control the work you do as an actor. You can only say yes or no to what’s presented to you (as an actor), but as a creator you can decide, so I’m really excited about that.

And you are a member of the central committee of ERA 50:50. Have you noticed that equal representation has become the norm in the industry in the last few years in particular?

Absolutely. I think you can even see it when you go to the cinema, or when you look at posters, there are so many spaces for women. In my youth, I went to the cinema and nine out of ten posters had guys, and that was completely normal. Can you imagine going to see nine faces of women and one man? It was so normalized that it was a bias towards men. But it’s exciting and rewarding that we’re getting so much more story and so much more angles on the same worlds we’ve seen throughout cinematic history, but just from a totally new perspective. It’s so refreshing. It’s really refreshing for the guys (too) because they don’t just play those kind of stereotypical macho roles. They get more complex roles. I think we are definitely going in the right direction. And especially for something like Mandrake where your prospects aren’t just girls in their twenties. It’s rare to see films directed by women over the age of 30, so it’s exciting that 50% of our audience is finally seeing themselves on screen. It can only be a good thing.

Mandrake is now streaming on Shudder

More to explore on the AU: