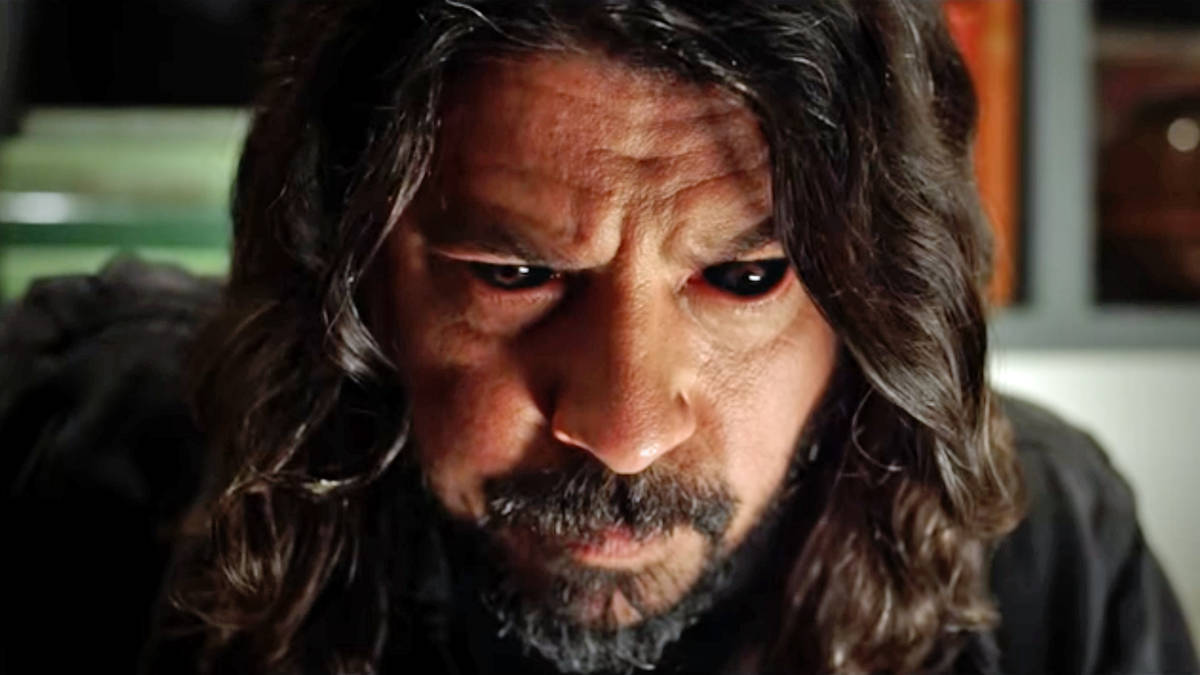 The entire group stars in the new film, which is slated for release in February of next year.

The trailer shows the band settling into a spooky old house in California to record a new album … only for frontman Dave Grohl to become possessed by an evil spirit and he is soon seen with jet black eyes, levitating around. of his group mates.

The film’s press release says Grohl “finds himself grappling with supernatural forces that threaten both the album’s completion and the life of the band.”

Big Dave said in a statement, “After decades of ridiculous music videos and many musical documentaries to our credit, it was finally time to take it to the next levelâ€¦ A horror comedy feature film.”

Studio 666 was filmed in the same house in Encino, Los Angeles where the band recorded their latest album Medicine At Midnight.

The film is set to hit US theaters on February 25, 2022, and appears to owe a lot to 1980s horror classic The Evil Dead, with its satanic messages on tape and even an ancient Necromicon-style book discovered by the hapless protagonists.

Unlike The Evil Dead, however, Studio 66 will feature music from Foo Fighters and the participation of Whitney Cummings, Leslie Grossman, Jenna Ortega and even more surprise guests.

Says Grohl: “Be prepared to laugh and scream and bang your head in your popcorn. STUDIO 666 is going to screw you up.”